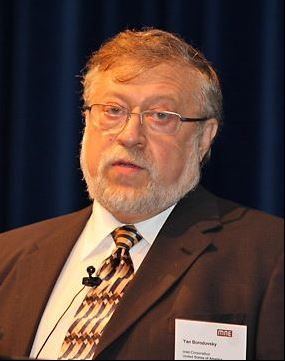 
Moore's Law - Past, Present and Future


Yan Borodovsky came to US from Kiev, Ukraine in 1979 where he lived and worked in Institute of Nuclear Research of Academy of Science developing ultra-pure semiconductor materials and devices for nuclear radiation spectrometry.

Upon coming to US/California Yan worked at Syncal Corporation during 1979-1982 developing semiconductor thermoelectric conversion materials for deep space satellites power supplies. He started his carrier as a lithographer at AMD in 1982 and in 1985 moved to Oregon to join start-up ATEQ where he worked developing optical path design and assembly, optics test stand and resist process for CORE 2000 laser writer (known as Alta mask laser writer after ATEQ sale to ETEC/Applied Materials).

Yan joined Intel as Staff Litho Engineer in 1987. During following 28 years at Intel Yan worked on all aspects of Intel Lithography and led Intel Lithography Roadmap development, numerous novel lithography processes, tools and materials Pathfinding and Development as well as process-design co-optimization efforts to enable Intel leadership position for multiple technology nodes starting with 0.5micron and ending at 7nm Technology Node at the time of his retirement in July of 2015.

Yan is author of many US patents, publications and multiple presentations at key Lithography Forums including presenting Plenary talk at this year SPIE Advanced Lithography.

Yan contributions to Intel were recognized by appointing Yan to ranks of Intel Fellows in 1999 and to newly established position of Intel Sr. Fellow in 2003. His contribution to Microlithography were recognized by SPIE electing Yan to position of SPIE Fellow in 2013 and to Industry contribution overall by awarding him annual IEEE Cledo Brunetti Award in 2012 “For contributions to developing and implementing innovative lithographic and patterning equipment and processes to enable cost-effective scaling for logic technologies.”

In 2016 SPIE awarded Yan prestigious annual Frits Zernike Award “In recognition of his efforts toward the advancement of multi generational lithography process solutions and as a key contributor of patterning approaches and layout design rules at Intel”.

Upon his retirement from Intel in 2015 Yan continues to reside in Portland, Oregon and can be reached at borodovsky@comcast.net

Dr. Delamarche received a degree in Chemistry in 1992 from the University Paul Sabatier of Toulouse in France. He received a Ph.D. in Biochemistry in 1995 from the University of Zurich for work done at IBM Research - Zurich, where he became a Research Staff Member in 1998. Dr. Delamarche has co-authored 120+ publications, several book chapters, reviews and over 70 patents. Dr. Delamarche is one of the most cited scientists in the fields of self-assembly and microfluidics. He has received 15 awards from IBM for his work and inventions, was named an IBM "Master Inventor" in 2003, and received the Werner prize of the Swiss Chemical Society in 2006. 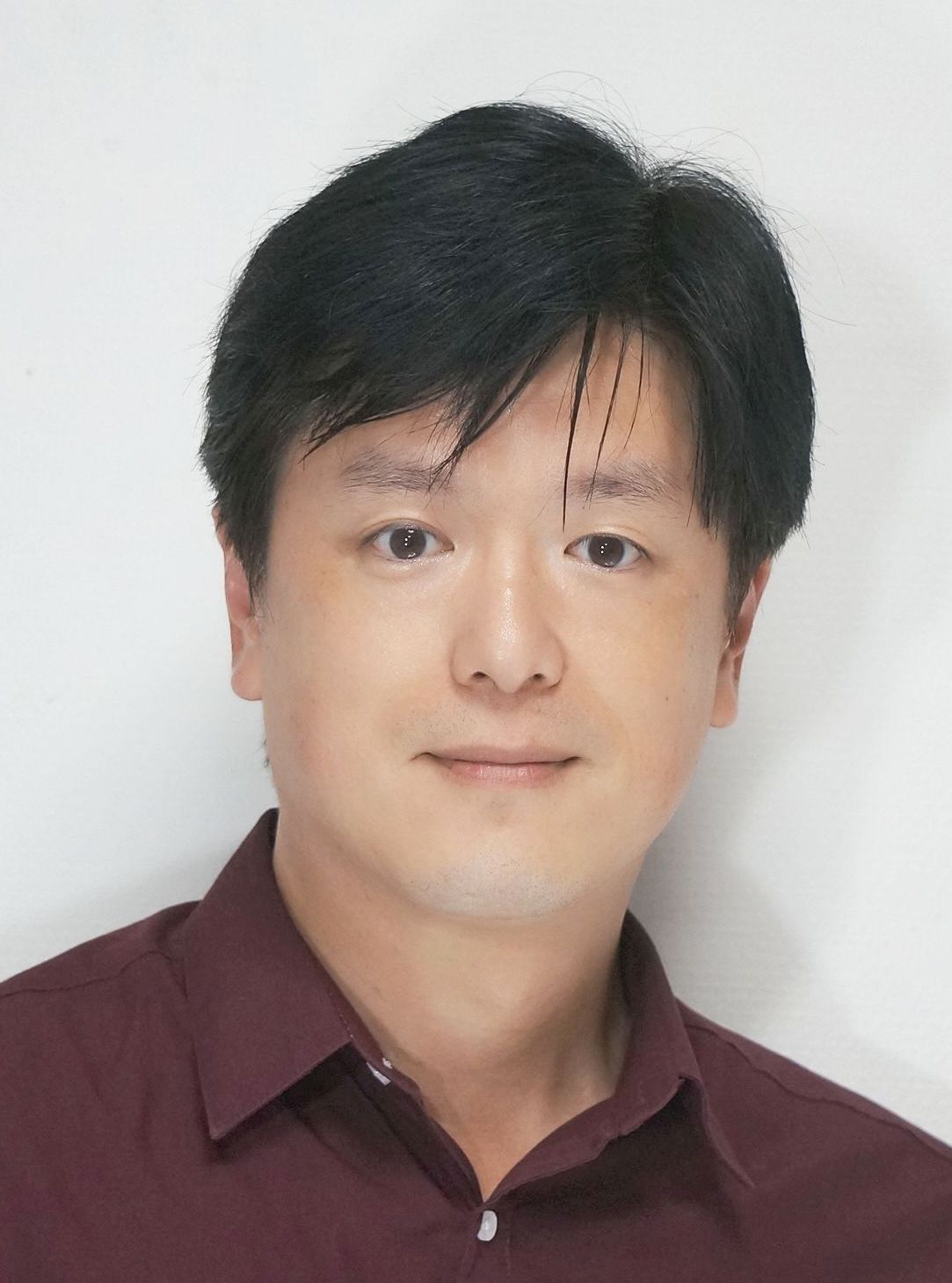 
Shoji Takeuchi received the B.E., M.E. and Dr. Eng. degrees in mechanical engineering from the University of Tokyo,Tokyo, Japan in 1995, 1997, and 2000,respectively. Currently, he is a Professor and Director of the Center for International Research on Integrative Biomedical Systems (CIBiS, Institute of Industrial Science (IIS) at the University of Tokyo. He has authored more than 170 peer-reviewed publications and filed over 70 patents, and he has been recognized with honors, including the MEXT Young Scientists' Prize in 2008, the JSPS prize in 2010, and the ACS Analytical Chemistry Young Innovator Awards in 2015. His current research interests include 3D tissue fabrication, implantable devices, artificial cells/lipid bilayer systems, and biohybrid MEMS. 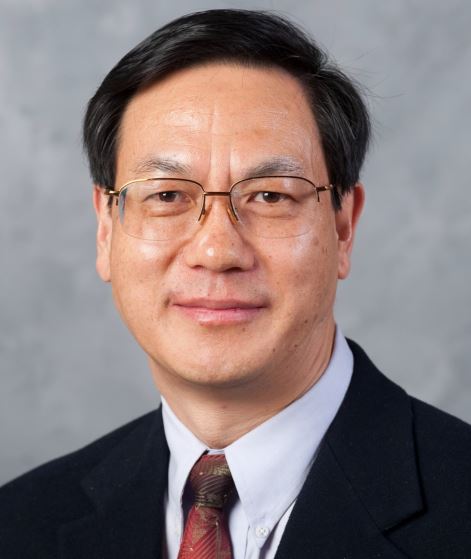 
Nanogenerators for self-powered systems and sensors


Dr. Zhong Lin (ZL) Wang is the Hightower Chair in Materials Science and Engineering and Regents' Professor at Georgia Tech，and Founding Director and Chief Scientist at Beijing Institute of Nanoenergy and Nanosystems. Dr. Wang pioneered the nanogenerators from fundamental principle to technological applications. His research on self-powered nanosystems has inspired the worldwide effort in academia and industry for studying energy for micro-nano-systems. He coined and pioneered the fields of piezotronics and piezo-phototronics for the third generation semiconductors. Wang is ranked No. 1 in Google Scholar public profiles in Nanotechnology & Nanoscience both in total citations and h-index impacts: http://www.webometrics.info/en/node/198.

Dr. Wang was elected as a foreign member of the Chinese Academy of Sciences in 2009, member of European Academy of Sciences in 2002, academician of Academia of Sinica (Taiwan) 2018; fellow of American Physical Society in 2005, fellow of AAAS in 2006, fellow of Materials Research Society in 2008, fellow of Microscopy Society of America in 2010, fellow of the World Innovation Foundation in 2002, fellow of Royal Society of Chemistry, and fellow of World Technology Network 2014. Dr. Wang is the founding editor and chief editor of an international journal Nano Energy, which now has an impact factor of 13.12. Details can be found at: http://www.nanoscience.gatech.edu.


The Revolution of Silicon Photonics


Prof. Michal Lipson is the Eugene Higgins Professor at Columbia University. Her research focus is on Nanophotonics and includes the investigation of novel phenomena, as well as the development of novel devices and applications. Lipson pioneered critical building blocks in the field of Silicon Photonics, which today is recognized as one of the most promising directions for solving the major bottlenecks in microelectronics. She is the inventor of over 30 issued patents and has co-authored more than 200 scientific publications. In recognition of her work in silicon photonics, she was elected as a member of the National Academy of Sciences. She was also awarded the NAS Comstock Prize in Physics, the MacArthur Fellowship, the Blavatnik Award, the Optical Society’s R. W. Wood Prize, the IEEE Photonics Award, and has received an honorary degree from Trinity College, University of Dublin. Every year since 2014 she has been named by Thomson Reuters as a top 1% highly cited researcher in the field of Physics. 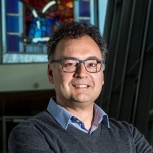 
New Materials and Devices for Interfacing with the Brain


George Malliaras is the Prince Philip Professor of Technology at the University of Cambridge. His research on organic electronics and bioelectronics has been recognized with awards from the New York Academy of Sciences, the US National Science Foundation, and DuPont. He serves as Director of the EPSRC IRC on Targeted Delivery for Hard-to-Treat Cancers. He is a Fellow of the Materials Research Society and of the Royal Society of Chemistry and serves as Associate Editor for Science Advances.


How to arrest and transport biological nano-objects one at a time: Nanovalving of individual Viruses and Macromolecules in liquids


Professor Dimos Poulikakos holds the Chair of Thermodynamics at ETH Zurich, where in 1996 he founded the Laboratory of Thermodynamics in Emerging Technologies. He was a Member of the Research Commission of ETH (2001-2005). He served as the Vice President of Research of ETH Zurich in the period 2005-2007. Professor Poulikakos was the ETH director of the IBM-ETH Binnig-Rohrer Nanotechnology center, a unique private-public partnership in nanotechnology at the interface of basic research and future oriented applications (2008-2011). He served as the Head of the Mechanical and Process Engineering Department at ETH Zurich (2011-2014).

His research is in the area of interfacial transport phenomena and thermodynamics with a host of related applications, and on the development of transformative en-ergy technologies. The focus is on understanding the related physics, in particular at the micro- and nanoscales and employing this knowledge to the development of novel technologies. Specific current examples of application areas are the direct 2D and 3D printing of complex liquids and colloids with nanoscale feature size and resolution, the science-based design of supericephobic and omniphobic surfaces, the chip/transistor-level 3D integrated cooling of electronics, the development of facile methods for the fabrication of plasmonic sunlight absorbers and the development of surface textures for biological applications under realistic fluidic environments (accelerated and guided cell adhesion, re-endothelialization, antifibrotic surface textures and materials). 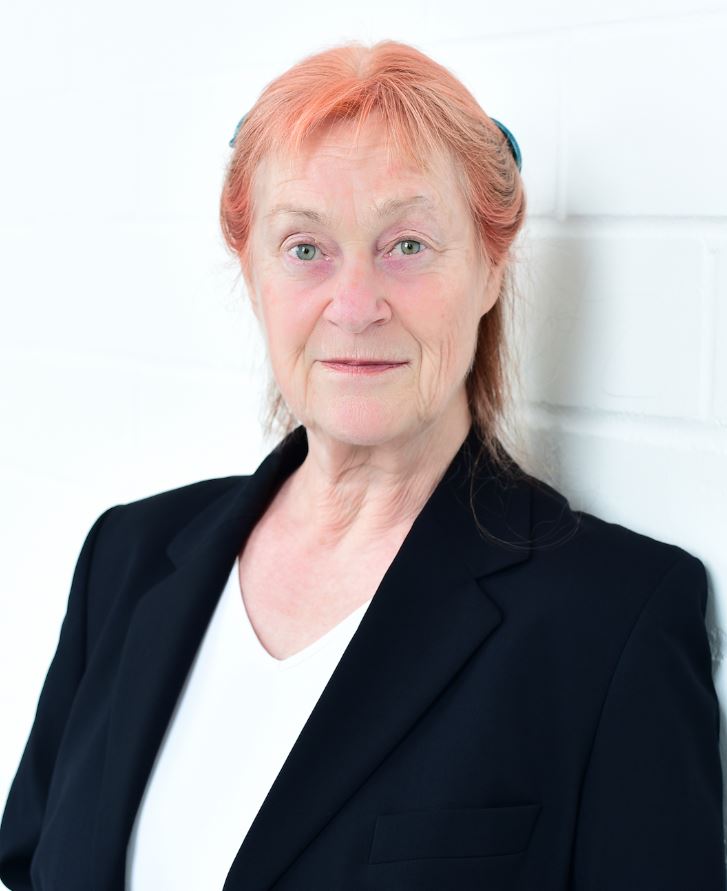 
More than nanoimprint – replication and combination

Her group investigated the technological aspects of this trend-setting mechanical approach for the patterning of polymeric surfaces, first focussing on lithography applications and later on nanoimprint combination techniques. Major contributions cover the fundamental aspects of polymer mechanics as well as introducing and exploiting the potential of conventional photoresists for this technology. Beyond combining the nanoimprint of photoresists with exposure techniques in the UV- and VUV-range, a recent aspect is to control the properties of novel materials by means of imprinting, e.g. by inducing phase separation or crystallisation.


Chips and gadgets for miniaturized assays


Yuksel Temiz is a research staff member at IBM Research – Zurich. He received his B.Sc. and M.Sc. in electrical engineering, specializing on VLSI circuit design for MEMS sensors. He obtained his Ph.D. degree in 2012 from École Polytechnique Fédérale de Lausanne (EPFL), where he developed 3D chip integration and post-CMOS processing techniques for biosensing applications. Since 2012, he has been working in the Precision Diagnostics group of IBM Research – Zurich with the goal of using microtechnologies for addressing important problems in life sciences. He has co-authored more than 40 peer-reviewed publications, 20 patent applications, and several book chapters primarily relating to capillary-driven microfluidics, bead-based immunoassays, system integration and packaging, and microfabrication. He has received 5 invention achievement awards and 2 outstanding technical achievement awards from IBM. His current research focuses on innovative microfluidic technologies and portable electronic platforms for point-of-care diagnostics, particularly ultra-miniaturized immunoassays and IoT devices for mobile health applications. 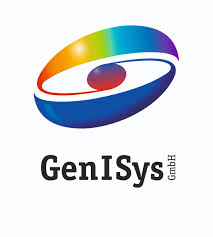 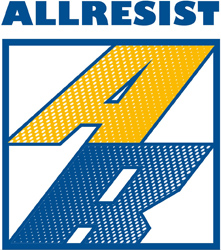 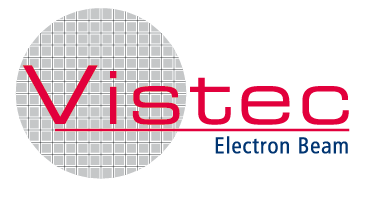 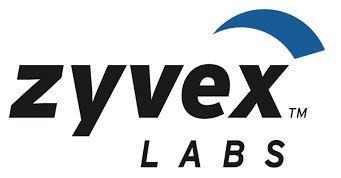 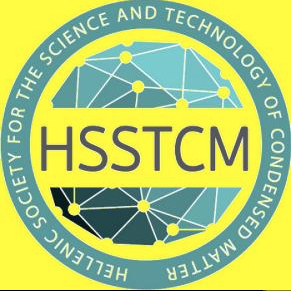 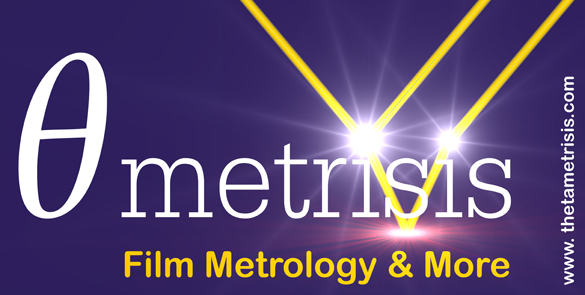 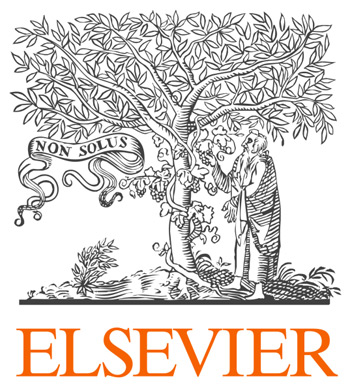 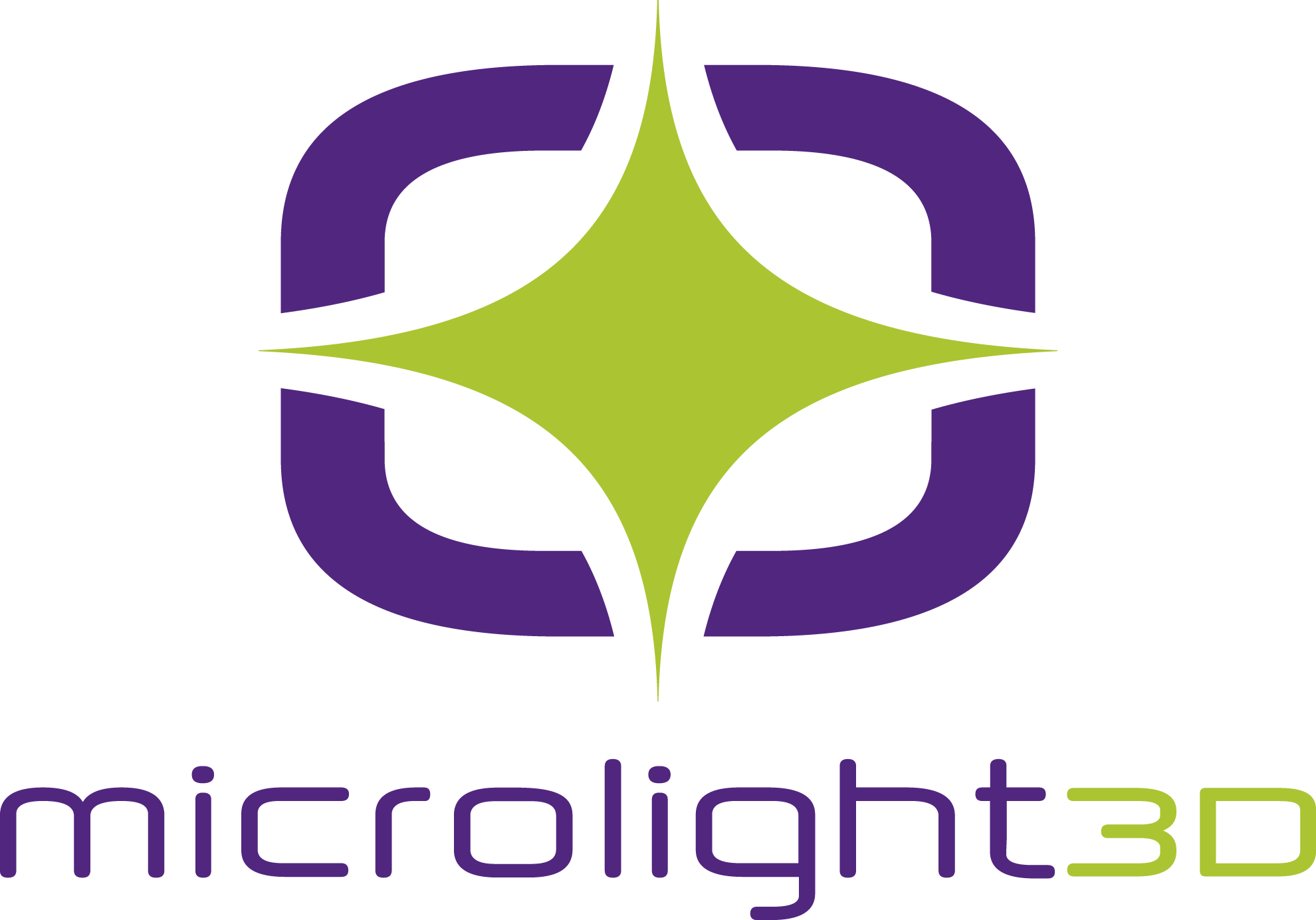 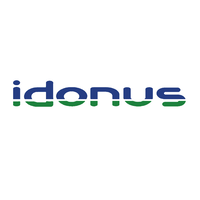 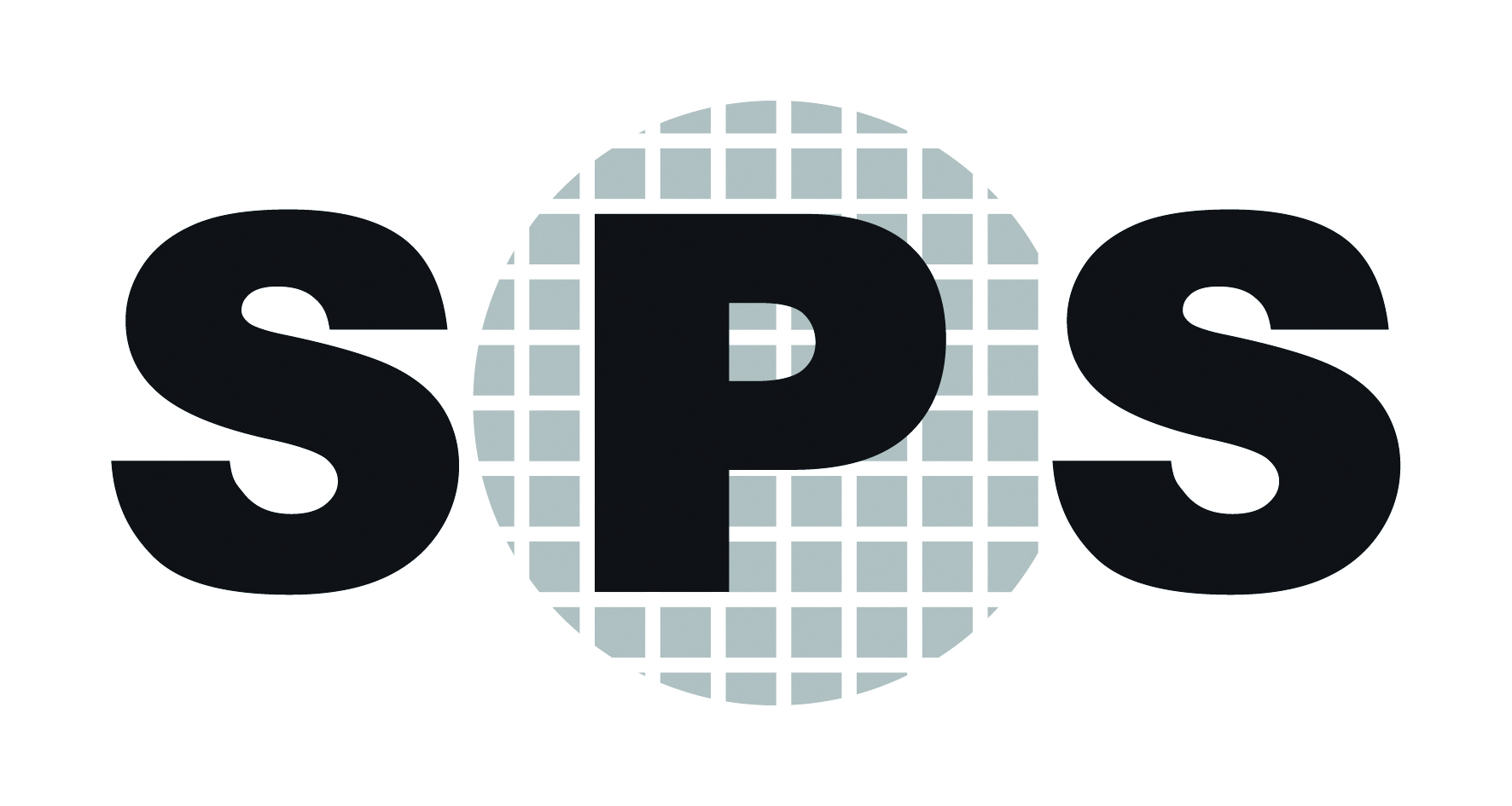 Signup for our newsletter and stay informed with latest congress news! 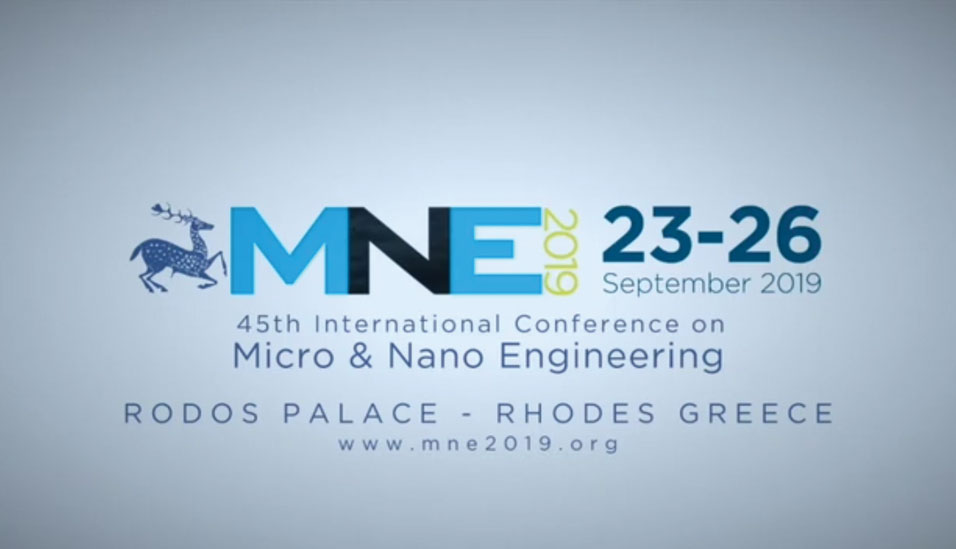